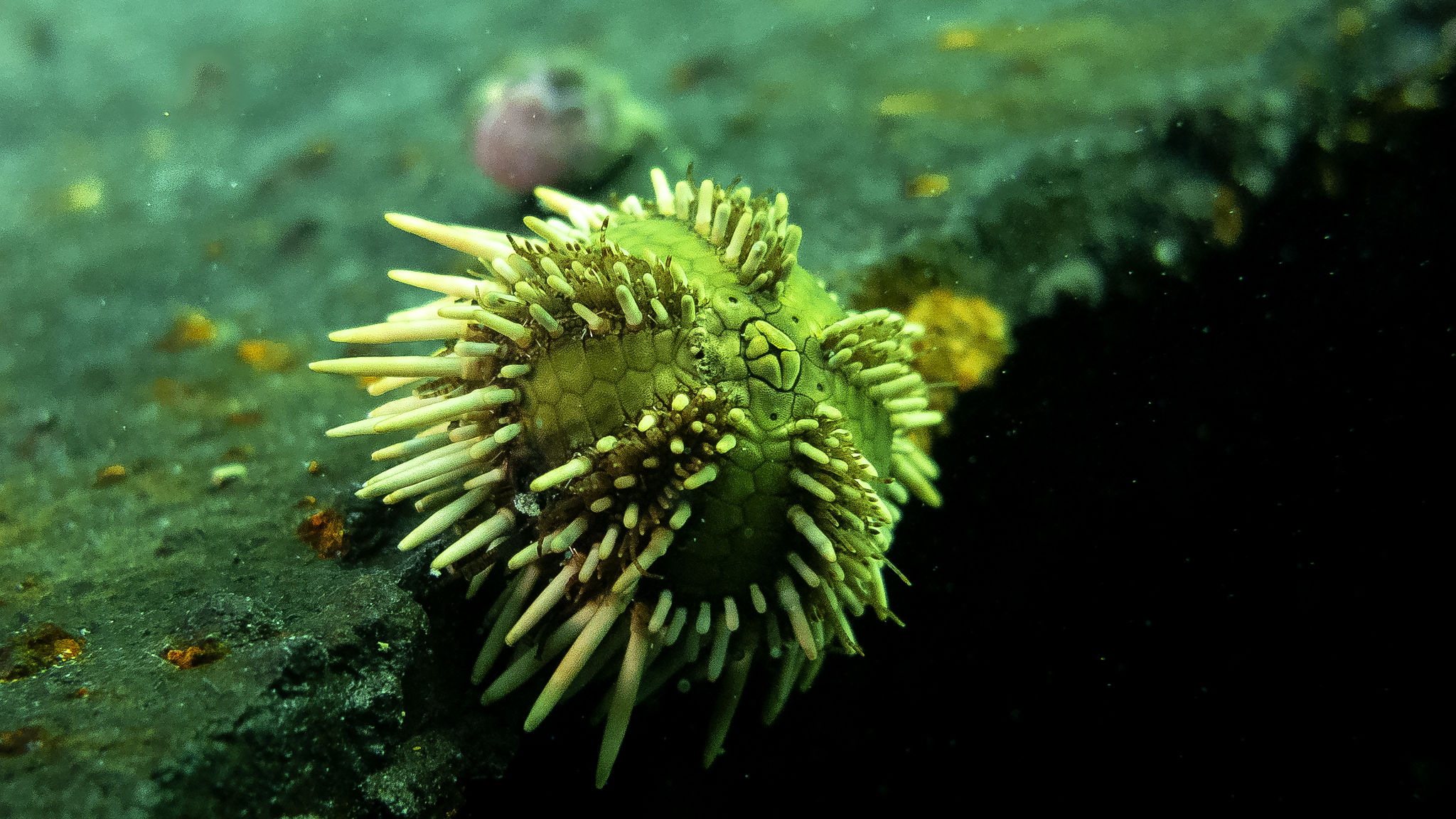 We have developed natural products from unfertilized sea urchin caviar, producing powerful antioxidant formulations for the cosmetic and food industries with the aim of achieving the bioavailability of exceptional antioxidants and immune protectors which are present in sea urchins.

Find out more about Spinochromes, The treasure of the sea urchin in our eBook

Promarine Antioxidants® has registered all its intellectual property rights.

The antioxidant power of its active ingredients far surpasses any other type of similar product or any other product comprising indirect competition in this context, with seaweed being the closest competitor.

We know that good cell function is essential for the vital processes to take place and that is why we focus on creating and offering premium products that optimize cell health and function.

Extract for cosmetics use.

Extract for cosmetics use.

More than twenty years of experience in marine research supporting major innovations in the development and application of non-extractive, productive aquatic models, applied using marine resources and based on the ultimate respect for the animals and for the environment.

In Promarine Antioxidants® we create non-extractive and sustainable natural marine antioxidant ingredients, from the unfertilized caviar of the sea urchin species Arbacia dufresnii.

Through scientific research and the use of aquaculture biotechnology, we are able to enhance the healing, protective and reinforcing characteristics of the immune system of the sea urchin antioxidants, obtaining an effective and powerful active that acts at the cellular level and brings great benefits for the cosmetic and food industry.

We are the first technology-based company in Patagonia, born under the protection of research and development of aquaculture technology from

We are guided by innovation, commitment, responsibility, animal respect, sustainability Science and biotechnology.

To know more about us, watch our video:

We are committed to sustainability at every stage, from the initial creation of alternative solutions to extraction, to the development of the end product, to the production processes and the care of the natural resource, to guaranteed traceability and how we handle our waste and, not the least, we are committed to how we comply with packaging standards.

Cruelty-Free: We are recognized leaders in the development, application and documentation of an animal welfare protocol for invertebrate aquaculture.

Circular Economy and Restoration: We practice restorative aquaculture; In our processes we use Undaria algae, an invasive alga which has altered the Patagonian maritime ecosystems, we use fishing waste and transform it into our raw material. We allocate part of our waste to reduce Patagonian desertification, thus promoting the circular economy and the restoration of the Patagonian ecosystem.

Integrated Multitrophic Aquaculture (IMTA): We use the wisdom of nature, incorporating food into our aquaculture chain farming system, reducing the use of seawater.

We work in alignment with the UN Sustainable Development Goals:

We are convinced of the value of collaborative knowledge and promote gender equality, with more than 70% of our staff are females.

Tamara began her career as a scientist at a very early age. During her first years at university, she began to collaborate with Dra. Enriqueta Diaz de Vivar looking for important marrow in starfish. Her undergraduate thesis focused on one of those starfish and in 2004 she graduated with a Bachelor’s Degree in Biological Sciences from the National University of Patagonia San Juan Bosco. During her work with her doctorate she worked in the Neuronal Plasticity Laboratory at the Leloir Institute Foundation and at the same time began the study of sea urchins in conjunction with Dr. Diaz de Vivar. She collaborated in the founding of the Latin American Echinoderm Network and organized, together with Dr. Martin Brogger and Dr. Diaz de Vivar, the first Latin American Congress on echinoderms in 2011.

Starting with her appointment as a CONICET Researcher in 2013, Tamara accentuated her interest in aquaculture technology and initiated new research projects in technological development. The study of secondary metabolites produced by marine organisms has accompanied her throughout her entire career and the Covid-19 pandemic clearly served to highlight the end purpose of her research: the search for health benefits from aquaculture. Tamara is an independent researcher at CONICET and Researcher professor at UNPSJB.

She is a member of FIRMA (Ibero-American Forum of Mariculture and Aquaculture), is a Hatch Blue woman, a member of Refacua CONICET, ASTRAL, WISE, amongst other organizations and bodies. Her research also involves animal welfare, specifically regarding marine invertebrates as applied to both research activities and production activities. Tamara has more than 30 scientific publications, and has made more than 50 presentations at congresses, conferences, and workshops both in Argentina and abroad.

She is an undisputed global leader in her areas of study both in sea urchin aquaculture in Argentina and Latin American but also as regards ethics in experimentation with invertebrates. In the latter field, Tamara co-leads innovation and research together with Dr. Augusto Crespi-Abril.

Tamara has won national and international awards and grants and has initiated and participated in scientific collaboration agreements with Harvard University, the Leuven Institute of Belgium and the PIBOC Institute of Russia. Tamara is co-founder of proMarine Antioxidants where she puts into practice her knowledge from more than two decades of research in the service of improving human health.

Lucia was born in Buenos Aires but grew up in southern Argentina in Trelew, Chubut, where she developed a very close bond with Nature and the Patagonian environment. Her interest in how substances are transformed led her to choose to study to become a Chemical and Food Engineer at the National University of Buenos Aires.

Her passion for optimization and precision in processes led to a specialization in Process Engineering. She has worked for a variety of companies within the energy sector, becoming the first female HSE (Health, Safety and Environment) Superintendent at Total Energies Argentina, in Tierra del Fuego field, which has both onshore and offshore operations.

During recent years, she has been a part of the TWICE (Total Women’s Initiative for Communication and Exchange) committee of Total Energies Argentina. Based on her experience in the food industry, holistic health and bio-hacking Lucia get the Neurolinguistic Programming master certification in the US, being trained by the co-creator of the NLP method, Richard Bandler.

In recent years, Lucia has become interested in triple-impact ventures and business operations and in 2021 she was invited to co-lead and enhance proMarine’s business and growth opportunities. In this context, she combines her expertise in technology and processes with her drive to enhance health in humans through innovation in food industry and other products. Lucia recently completed the IAE Business School’s Small and Medium Business Management (DPME) program and is a member of their alumni network. 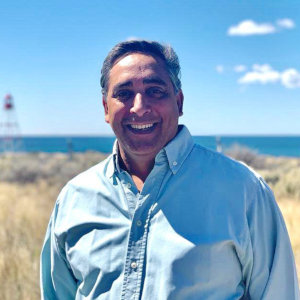 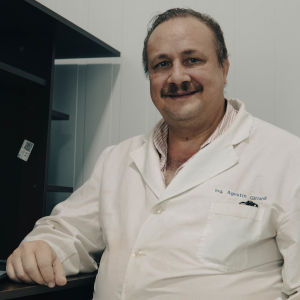 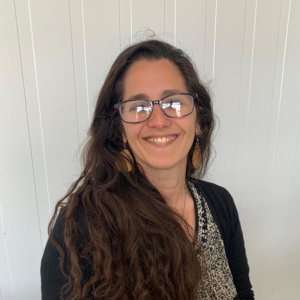 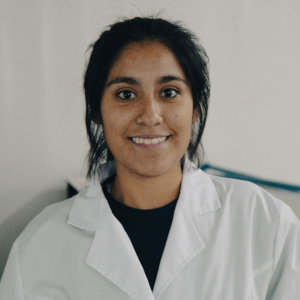 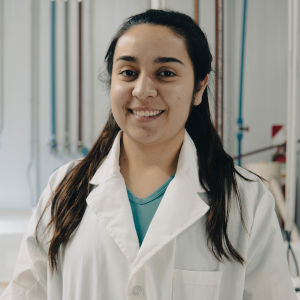 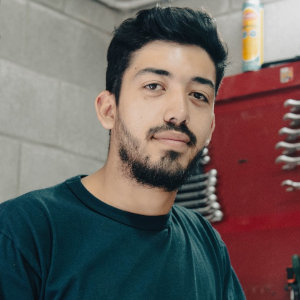 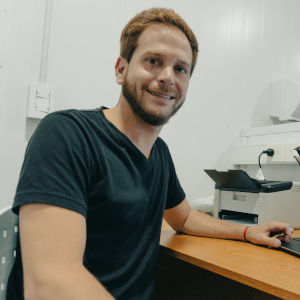 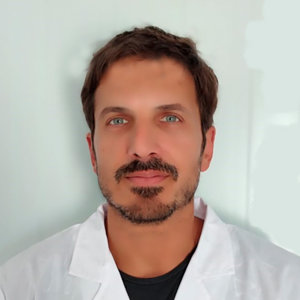 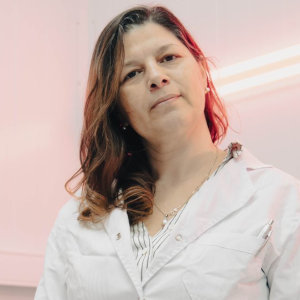 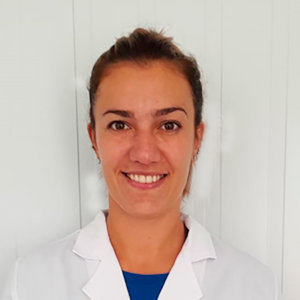 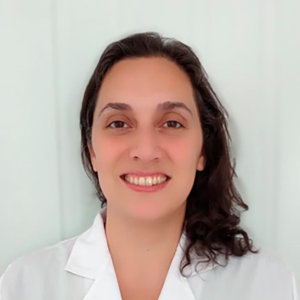 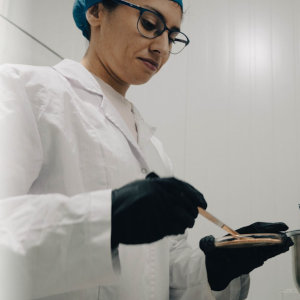 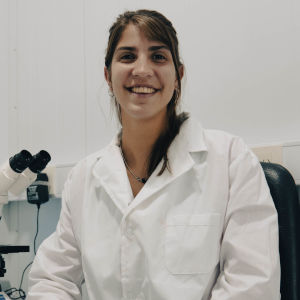 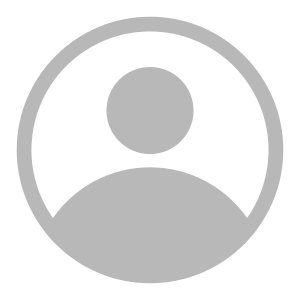 The scientific and medical evidence continues to mount as we further research into the benefits of sea urchins for human health.

At Promarine we cultivate the native species of the Atlantic Patagonian sea urchin, Arbacia Dufresnii, and obtain the and we obtain the powerful molecules known as spinochomes of the sea urchin from their unfertilized caviar. This repertoire of molecules contained in unfertilized sea urchin caviar has extraordinary antioxidant, revitalizing, anti-inflammatory and immune system promoter power.

The sea urchin has innate immunity, the spinochromes in its cells act to defend them from viruses and bacteria. Also, in the caviar, the spinochromes fulfill the function of providing them with protection from UV rays, allowing them to live longer.

Powders from the shell and spines of the sea urchin have been used in oriental medicine for centuries. During the 1980s, the USSR devoted many efforts to search for natural marine products and found that the molecules that make up the immune system of sea urchins, known as marine polyphenols (or “spinochromes”), have an antioxidant power that surpasses the rest of the antioxidants known on the world, and have numerous beneficial properties for human health.

It is scientifically proven that it acts at cellular level, taking care of the body from the inside out

In our lab, we have a highly qualified team of specialists and we offer sea urchin aquaculture development and advice on commercial aquaculture, specially designed on the basis of the highest standards of sustainability and animal welfare.

We produce active ingredients from 100% traceable, natural biomaterial. What cannot be traced is not guaranteed. At Promarine, we have meticulous records and data as regards each bath, each product, each raw material and container so that the customer can formulated with confidence offer its end customers reliable and high-quality products.

The exceptional properties of our products are supported by numerous scientific and medical studies.

Scientific and medical evidence continue to come to the fore as we deepen research into the benefits of sea urchins for human health. We are running phase 3 medical trials with long covid patients in public hospitals from Buenos Aires (Ramos Mejía, Sentojanni and Muñiz.

We have formed alliances with prestigious research centers and important medical institutions:

I want to buy: